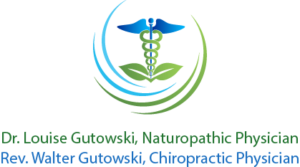 Since moving to Scottsdale, Arizona in 1990, Dr. Louise Gutowski, naturopathic physician and Dr. Walter Gutowski, chiropractor, have provided quality alternative health care at their natural medical practice. They are a husband-and-wife team offering a unique type of care.

Dr. Walter Gutowski is an Air Force Vietnam Veteran. He delivered cargo and ammunition as a load master on C-130 Hercules airplanes. In 1968 he was honorably discharged and worked for the telephone company in NYC, in sales in Florida and as general contractor before being introduced to natural health care.

After playing tennis for 10 years, Dr. Walter Gutowski was at the point where his tennis serve was side arm and he had to comb his hair with his left hand. In one visit from an Applied Kinesiology (AK) chiropractor, his right arm was like new. This experience got him interested in helping others. He became a massage therapist, a graduate of Lindsey Hopkins School of Massage, the only federally funded Technical School of Massage in the United States. He worked for a chiropractor who got him into the Physician’s 100 hour Applied Kinesiology course.  At age 37 he decided to return to college and in 1987 graduated from Palmer College of Chiropractic in Davenport, Iowa. Dr. Gutowski is one of 7% of the chiropractors in the US with a background in Applied Kinesiology, treating sports injuries, auto accident injuries, neck and low back pain, sciatica, hiatal hernia, gastric reflux, TMJ, etc.

As a chiropractor, he treated muscular imbalances easily with Applied Kinesiology and a low force muscle balancing technique that was similarly used on Olympic athletes. He studied under the first two chiropractors who treated Olympic athletes in the early 1980’s. He has a special healing gift and treats people long distance as if they were actually in the office. He is now providing Scientific Quantum Remote Energy Healing.

His community service work is outstanding, being Chairman of the Scottsdale Chamber of Commerce Outreach Committee twice and participated in Toastmasters, Lion’s, and Kiwanis Clubs at different times over the years. 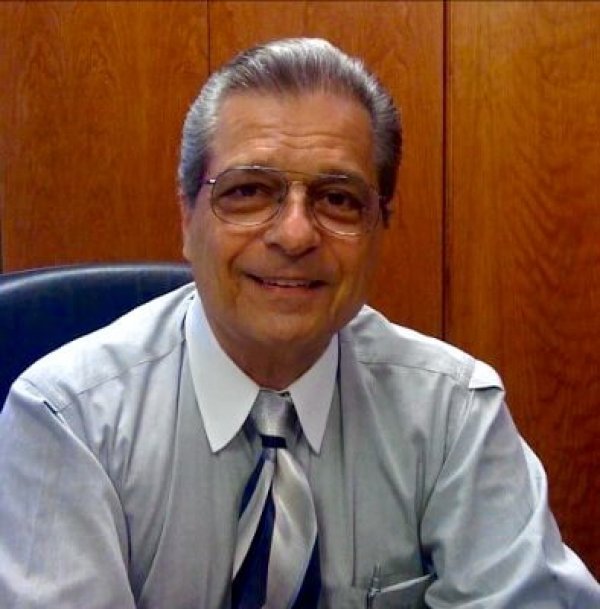 Rev. Walter Gutowski is now providing Remote Scientific Quantum Energy Healing as a Reverend. The Medicine of the Future. He finds the spiritual side of healing very rewarding.
Call (480) 205-8020 for a remote energy healing session after filling out the form and making payment.

Dr. Louise Gutowski was a teacher for 15 years before going back to school. She graduated in 1990 from the National College of Naturopathic Medicine in Portland, Oregon and moved to Scottsdale, Arizona. She is a licensed naturopathic physician in practice since 1991. She specializes in homeopathy, diet, and nutrition. Dr. Louise Gutowski was trained as a classical homeopathic physician, which advocates using single remedies to balance the body and rid the patient of the disease. She also uses homeopathic dilutions, which are individualized prescriptions for combination remedies. She believes in quality individualized care and in treating the whole person.

She has published articles in the Similium, a homeopathic journal and Inspirational Journal, a free magazine. She appeared on Arizona Rising on PBS and was featured on Sonoran Living Live on Channel 15.

Dr. Louise Gutowski was a national seminar speaker. She is now doing Telemedicine

Scientific Quantum Energy Healing, The Medicine of the Future

As an ordained minister, trained in long distance healing, he can perform healing on both humans and pets, not in his presence.

This is an energy healing and is not a traditional doctor/patient relationship. He has helped heal people with neck pain, low back pain, sciatica and have lowered diabetic numbers with the energy healing. When he was practicing as a chiropractor, he used the Edgar Cayce protocols as a foundation of his practice.

Rev. Walter Gutowski has also been successful in treating pets with degenerative kidney and liver diseases.

Dr. Gutowski has retired from his chiropractic practice in June 2022, but he has continued providing Remote Scientific Quantum Energy Healing.

NATURAL HEALING METHODS
by Dr. Louise Gutowski
Holistic natural healing methods,
including the use of homeopathic remedies and many Edgar Cayce protocols, which have been her specialty for more than 30 years.

These methods have been used to alleviate allergies, GERD, sinusitis, recurring pain, and most common discomforts.

Hours of Operation
By Appointment Only